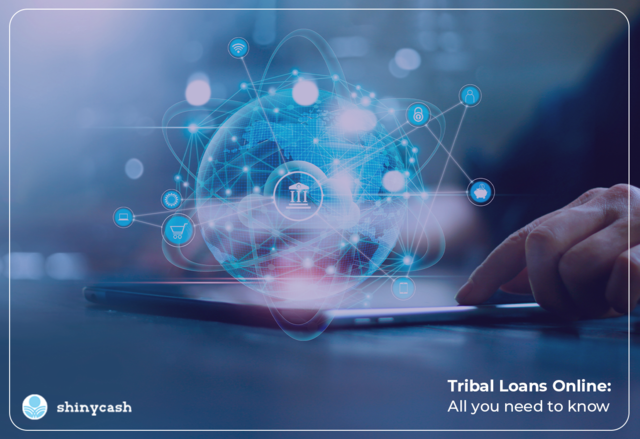 Tribal Loans Online: All You Need to Know

Tribal loans are similar to payday loans in that they are intended to help people in a financial bind. The main distinction is that the lenders apply the restrictions to Native American or Indian tribes. However, tribal lending has been a source of contention since tribal lenders claim that state and federal payday lending regulations do not apply to them because they are sovereign. However, not all courts and regulatory authorities concur.

If you are thinking about getting a tribal loan, here is all you need to know.

What Are Tribal Loans?

Tribal payday loans are short-term loans with a maximum loan amount of $2500. These loans feature higher interest rates than traditional loans, which are compensated by the ease of obtaining immediate cash.

In actuality, tribal loans function similarly to payday loans, except that tribal lenders work under tribal sovereignty. Tribal sovereignty means independence from state or federal rules and regulations controlling the payday lending sector. The distinction may appear insignificant at first glance, but keep in mind that state rules and regulations prevent predatory lending and safeguard consumer rights. Because of these controls, tribal loans can be much more costly than traditional payday loans. And the APR for a two-week loan can range from 450 percent to 900 percent for a $100 loan, so you might pay more than $1000 over several months. As the case with late payments and rollovers are not less with tribal loans. 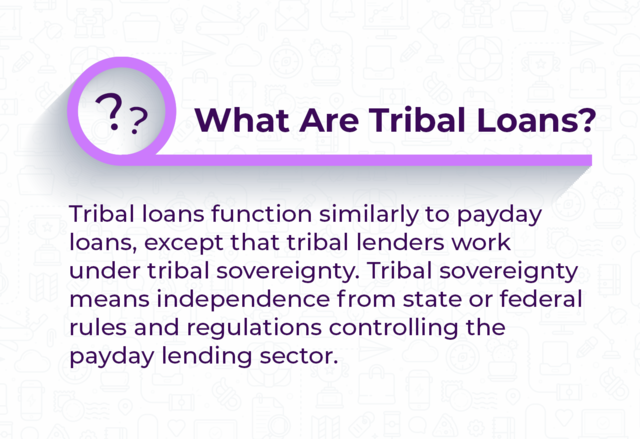 The Processing of Tribal Loans

The processing of the tribal loan is entirely online so that the borrowers fill out an online request just on the go and submit the application. Once the application is submitted, they will soon connect with one of the tribal lenders to offer a loan agreement. Once the agreement is signed, the borrowers will get the requested cash directly deposited into their bank account. Then, like any type of online lending, the borrowers are free to spend the borrowed money the way they want without bothering to answer the lender’s questions on the reasons behind taking the loan. It’s up to the borrowers to spend the loan reasonably, not forgetting the high-interest rates.

Are Tribal and Installment Loans Alike?

Many tribal lenders make loans that do not need lump payments from your income, giving you a more extended period to repay the loan in smaller installments. As a result, they resemble installment loans. However, the amount lent is limited, and the repayment time cannot exceed a year. Though the lender may give you tribal loans that can be returned in installments, borrowers may not want to extend the tribal loan over a long period due to higher interest rates. The longer the repayment term, the more interest you will pay. These loans are intended for emergencies and should be paid off as quickly as possible to avoid adding to your debt burden.

Because tribal territories are considered sovereign nations, tribal lenders headquartered in these tribal territories are exempt from U.S. rules. There have been several instances where bankers extended tribal loans with no ties to Native American tribes. As a result, there have been cases of tribal lenders being sued for collecting payments that violated state rules.

Thus, tribal lending is not banned in the United States; borrowers should exercise extreme caution to avoid falling prey to predatory lenders. They should sift through the loan agreement, paying attention to every detail, from repayment terms to APRs and other costs associated with the loan.

Can a Tribal Lender Start a Legal Proceeding Against the Borrower?

When the borrowers violate their initial loan repayment obligations as stipulated by the loan agreement, they may sue them. Be aware that the lenders can only take you to civil court, not to the criminal, so the lenders can’t send you to jail in the case of late or nonpayment of the borrowed money. However, the procedure is unpleasant for both lenders and borrowers. As a result, many lenders agree to negotiate the terms with the borrowers and make a new payment plan rather than go to court.

Wage Garnishment and Tribal Loans: Is It Possible?

Tribal lenders may not follow state and federal standards when granting a loan; nonetheless, borrowers who fail to return the debt may face legal action. So, if the borrower has a legal loan arrangement with the lender and the latter has brought the borrower to court and has a rule against him, wage garnishment may occur. The lenders will confiscate your income (they cannot garnish your wages and leave you with nothing) until the debt is paid off. Be aware that if the lender and the borrower do not have a legal arrangement, the tribal lender cannot garnish the borrower's wages.

Tribal loans, like any other sort of borrowing, are transparent, and the borrower may find all of the information about the loan in the small print of any website that offers tribal loans. Besides, the borrowers sign an agreement outlining all the fees and interests. Borrowers should keep in mind that tribal loans are expensive financing that should only be utilized in an emergency when all other options for obtaining essential funds have been exhausted. These loans are not intended to solve long-term financial issues. In certain circumstances, tribal loans may be helpful when they take the loan, cover the emergency, then pay it back without renewing the loan.